Dublin-based band Squarehead asked myself and photographer Kieron Boyle to collaborate on the artwork work for their 7″ single release ‘Fake Blood’. Roy of Squarehead  chose one of Kieron’s images for the cover and asked me to respond to it.  I decided to use acetate circles instead of the paper ones as Kieron’s image is so strong I didn’t want to detract from it – I wanted the text to work in harmony with the photograph and add another layer to it without actually distracting from the image itself. Ultimately Roy had the final say and chose the combined image below. I followed the line of the telegraph poles, which are such an important feature in Kieron’s work, and used these lines to almost hang the text from. 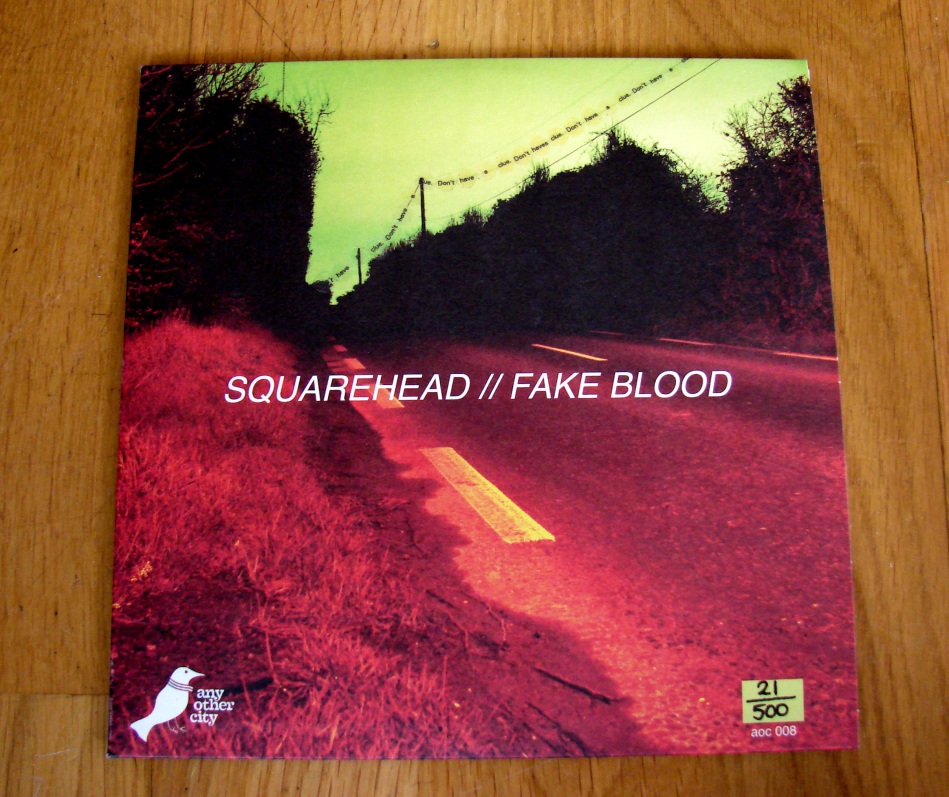 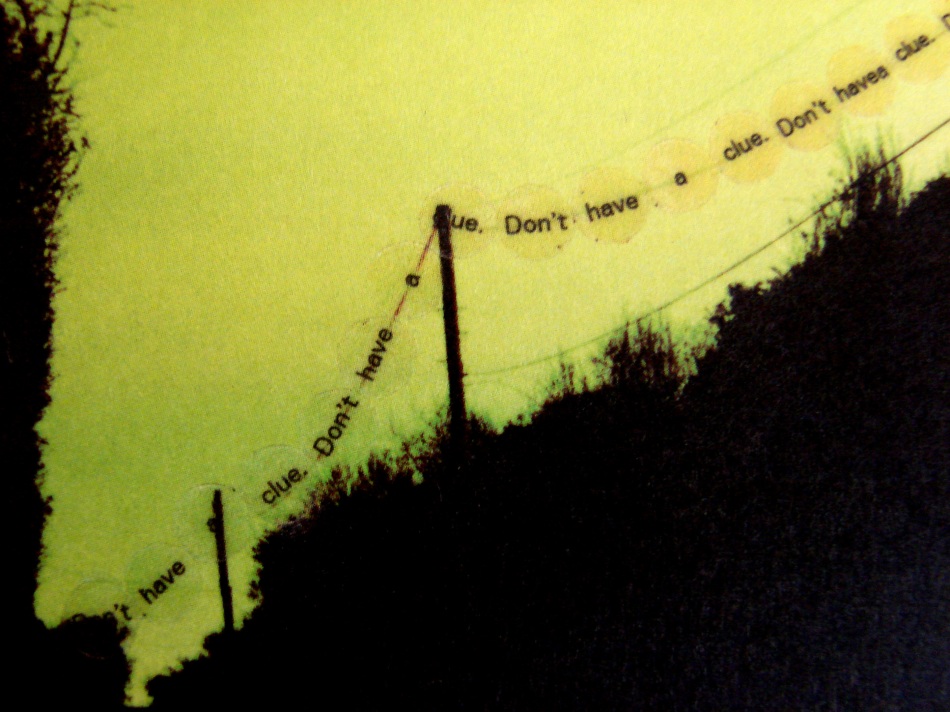